Deborah Burns and I basically reenacted that line from “Pretty Woman” when we met over hors d’oeuvres at an industry event: “What happens when (s)he rescues the princess? (S)he rescues him right back!”  We bonded over boredom and brie and traded business cards. The kind of exchange that means well, but ends up in the card pile of good intentions.

But fate stepped in and just several days later we each showed up at a totally unrelated cocktail party! And that was the beginning of another relationship with a friend in high places. Deborah, after all, is what I aspire to: the former Chief Innovation Officer of major magazines, such as Elle Decor and Metropolitan Home…turned memoirist and corporate consultant!

Her book, Saturday’s Child, revolves around her evolution from dancing around her emotionally distanced mother with surrogate mothers in the form of two spinster aunts. 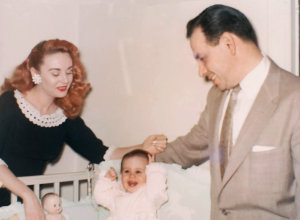 My story is one of an emotionally present mother who departed this earth too soon, followed by attempted mothering from two back to back step-mothers. 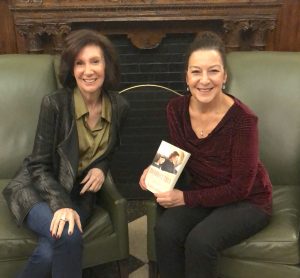 Let the bonding continue. But some 25 years after her own mother’s passing, Deborah’s epiphanies took the form of beautifully crafted a-ha moments interspersed with humor and insights we can all relate to. Learn how she also learned about “Skirting the Rules” which she’s encouraging others to do, too! I recorded this episode in my home just before we were all staying in our own homes. And, pre-pandemic there was Hollywood buzz for its movie-worthiness, which can hopefully get resurrected.

Either way, expect to hear more from Deborah; as mentioned there’s more in the making from the mind of this marketer-turned-author.  And enjoy the conversation. I sure did.